The humble slot machine, along with other table games such as online roulette, has come a long way in the last ten years, particularly online. Huge advances in both browser and device technologies mean it’s never been easier – or more enjoyable – to enjoy a casual game of slots no matter where you find yourself in the world.

The gameplay has improved immeasurably with the latest generation of 3D games offering players a brand new take on an old favourite. Modern games come with compelling storylines and the sort of video effects more usually associated with the silver screen.

In this article, we’ll take a look at one of the most popular titles out there – Microgaming’s The Dark Knight. It’s a best of breed online slots game that’s been a firm favourite of players worldwide for the last number of years and you’re sure to come across it in an online casino near you.

Let’s start with a look at the background of the game.

What Is The Dark Knight Slot?

The Dark Knight is a five reel, 243 pay line video slot game from Isle of Man based software development company Microgaming. As the name suggests, it’s a tie-in with the legendary DC Comics franchise Batman and heavily features the eponymous superhero’s battle against his arch-nemesis the Joker.

Fans of either the classic comic book or Warner Brothers’ recent movie adaptations will also recognise a slew of minor characters who appear in the game including Commissioner Gordon, the mobster Maroni and many more.

With a new wave of Batman movies coming out under director Christopher Nolan, The Dark Knight was released back in June of 2012 to capitalise on the ongoing popularity of the franchise. It soon established itself as a favourite with slots lovers worldwide and replaced Microgaming’s Lord of the Rings title – a game it had much in common with –in many fans’ affections.

As a high-profile release from one of the industry’s leading software providers, finding The Dark Knight online should be a straightforward affair. Simply look for Microgaming titles in your online casino of choice and you have a good chance of finding it there.

Versions Of The Dark Knight Slot

There are several slots games that have used The Dark Knight name over the years. Fans of all things Batman related shouldn’t get confused by the different versions of this title available online.

The first title to appear was a slots game called The Dark Knight created by software house IGT. This version was only ever available offline and was restricted to real world casinos. With the runaway success of Microgaming’s interpretation, it’s unlikely IGT’s offline version will be making the move online though it is possible.

Microgaming’s 2012 release saw the first official online appearance of The Dark Knight and they then went on to follow this up with a sequel entitled The Dark Knight Rises. Though much anticipated prior to its release, this version was relatively poorly received when it hit the screens and The Dark Knight remains the flagship title to this day. 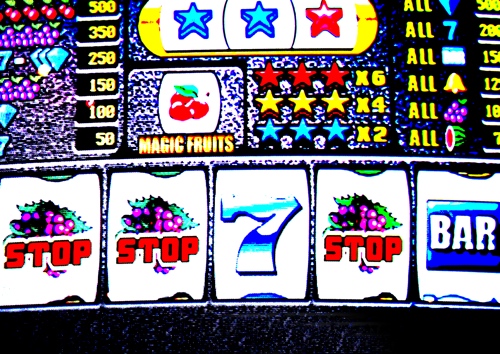 Who Makes The Dark Knight Slot?

As we’ve briefly mentioned, The Dark Knight is one of software house Microgaming’s best known titles.

The last few years have seen the emergence of a small group of top-tier providers who power the software that runs many of the world’s online casinos. This includes software for poker, online roulette and other table games. As the number of online casinos has exploded, the number of games houses has actually consolidated. With a solid track record and a claim to have produced some of the first online casino software on the market, Microgaming are very much one of the heavyweight providers out there.

Based in the Isle of Man, the company has been going strong since 1994 and has created over 800 unique casino games in that time. In addition to their range of poker, sportsbook and casino offerings, they’ve made a name for themselves with licensed content such as The Dark Knight, Jurassic Park and Lord of the Rings titles in recent years. They’re known throughout the industry for the quality of their productions and have received a number of industry awards for their titles.

If you’re a regular slots player, or have spent any time online in the world of casinos, you’ll doubtless be familiar with some of their other high-profile slots titles such as Avalon II - The Quest for the Grail and Secret Santa.

As you explore the world of online slots further, you’ll start to notice the names of certain other providers popping up again and again. As we mentioned previously, the majority of titles are supplied by a relatively small group of software houses. Other names to look out for include Playtech and Realtime Gaming. We’ll highlight a few of their notable slots titles later in the article. 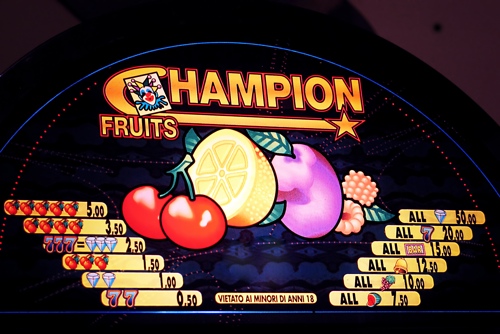 With so many slot games out there, what is it that draws players to The Dark Knight in particular?

The easy answer is of course the storyline element. Batman has been one of the world’s most iconic and popular cultural figures for nearly a century now and the appeal of this classic narrative world shows no sign of waning.

Microgaming have worked the storyline into their game superbly with high quality video cut-scenes scattered throughout and a dark and classically gloomy Gotham feel to proceedings overall.

The gameplay itself is also more than up to scratch with 5 reels, 243 pay lines and a solid selection of jackpots, free spins and bonuses available.

Players on a budget will appreciate the coin sizes of $0.01 and $0.02 on offer and its Mega Progressive Jackpot offers the possibility of truly life-changing payouts to all. Free spins, wild and scatter symbols add an extra dimension to the gameplay and are all themed appropriately to the over-riding Batman setting.

The Dark Knight is of course far from the only classic slots game around. Everyone will have their own favourites out of the crowded online field but we’ve picked out a few particularly popular options from the main providers for you to keep an eye out for online. 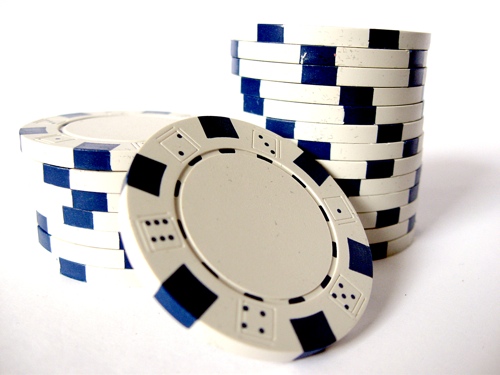 Alternatives To Slots In Online Casinos

Slots are a perfect way of enjoying some casual gaming while you’re on the move but many casino aficionados also like to roll up their sleeves and hit the tables to enjoy some classic casino games. As always, we stress that as a responsible gambler, it's up to you to ensure you're operating on the right side of the law for your jurisdiction.

The majority of online casinos will also offer the following games for you to enjoy when you need a break from the slots.

The Dark Knight is just one of a whole series of immersive slots games that have emerged in recent years and we hope this overview has whetted your appetite for this and other titles.

Make sure to shop around when you’re selecting your casino provider and take advantage of the many generous bonus and promotional offers out there.

Have fun on the slots!

Check Out Our List Of The Dark Knight Slots Providers!